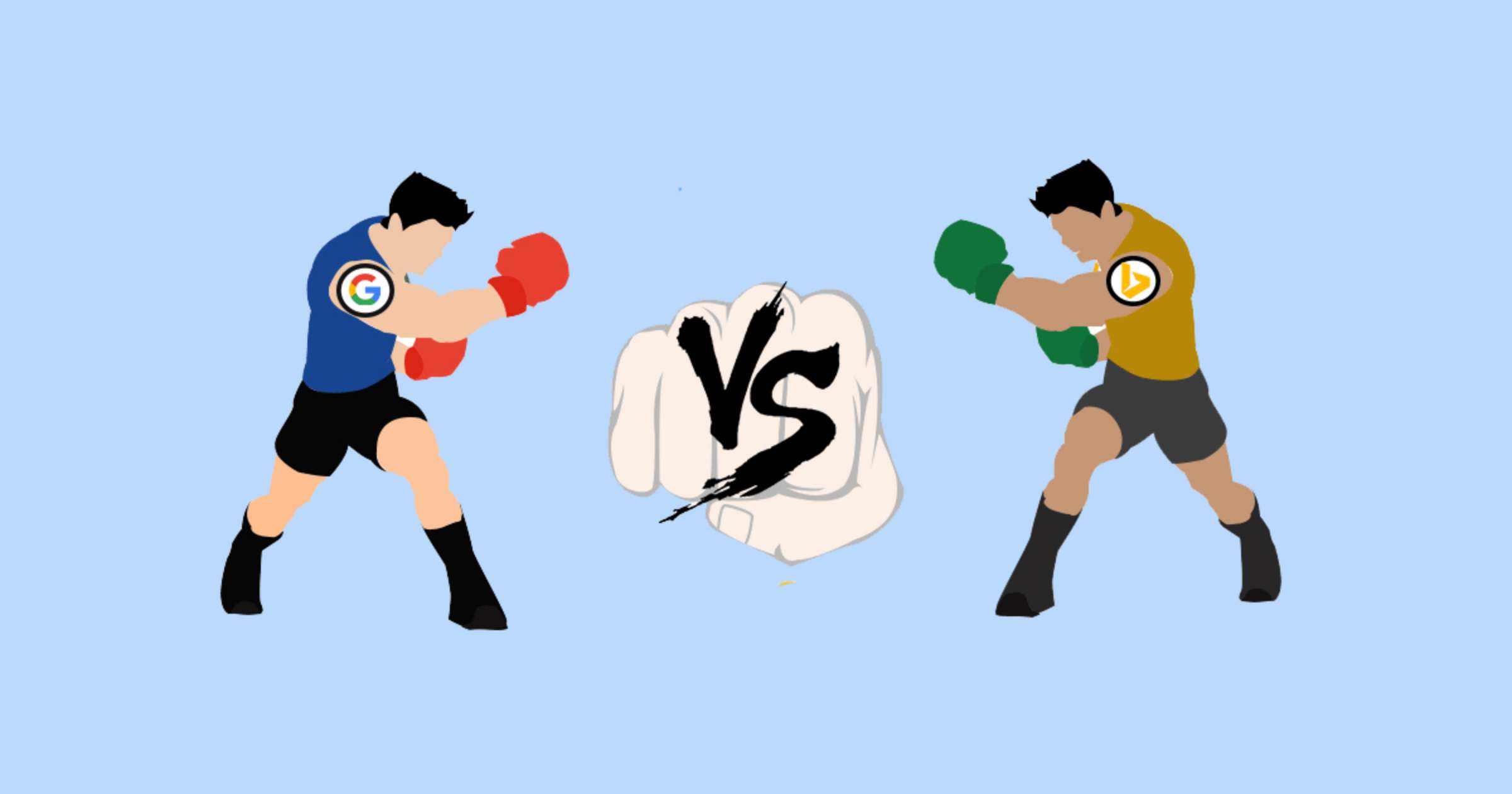 One is a giant, the other captures a refined audience. But what are the differences between Bing SEO vs Google SEO? Scroll down as we uncover all major SEO differences between Google and Bing in this historic battle of the world’s largest search engines. Long may search reign.

Bing SEO vs Google SEO is quite a contentious topic. With Google’s dominance clear, many people find themselves questioning whether any effort optimising SEO is worth the time. Luckily, optimising SEO for Bing and Google aren’t necessarily mutually exclusive pursuits. As such, your decision to pick one or the other may not be necessary. Here’s everything you need to know about the key differences between Bing SEO and Google SEO.

Pitting Bing Vs Google against one another in a drag race would be a mismatch. However, when considering endurance and diversified marketing strategies, there are many benefits that Bing SEO will bring to the table. From weaker competition to just simply being a little more primitive with it’s ranking signals, check out our infographic as we unveil all you need to know about the differences between Bing SEO and Google SEO.

How many people use Bing vs Google?

Naturally, the first thing you might want to know is how many people use Bing vs Google? Throughout 2021, Bing received an average of 200 million searches per day globally. This means that, in Australia, Bing controls 3.91% (as of Dec 2021) of the total search engine market.

Although 3.91% may not sound like much, it actually translates into thousands of daily searches and a whole heap of potential for growing your business! So, even though Bing doesn’t have quite the same reach as Google, it’s clearly still worth pursuing Bing SEO as part of your marketing strategy. Especially so when you consider the slightly different user bases which we will get into below.

Similarly to when you compare Bing Ads Vs Google Ads, the refined demographic of Bing becomes quite attractive for smaller businesses. Bing is owned by tech giant Microsoft, which is probably best known for creating the Windows operating system, Microsoft 365 Office Suite, and, of course, the Xbox gaming console. Globally, there are more than 1.5 billion devices powered by Windows.

In fact, Windows 10 and Office have embedded search bars that are powered by Bing. This means that many people are using Bing search without even realising. Here are the different types of users that might use Bing instead of Google.

Firstly, office workers in corporate environments will often use Bing. Unless you work within a creative studio, chances are that your boss will purchase a desktop computer for you. With Microsoft Windows being the default operating system for a lot of businesses, Bing naturally becomes the go-to search engine in many a workplace.

In fact, extremely professional environments such as law firms will not allow staff members to download external software for security reasons. This means that Google Chrome is totally out of the window and Bing becomes literally the only choice.

In addition to this, even if you use Google Chrome but use Outlook for your emails if you have ever typed into the search bar ribbon or right-clicked a word within an Outlook email or Office document, you’ve also used Bing! Other Microsoft apps like Skype and Teams also integrate with Bing, making Bing prime real estate for any business to business searches.

Out of the office and back at home, Microsoft helps 65 million Xbox users to relax and unwind. What’s more, Xbox is also integrated with Bing, letting gamers find the latest games, gaming news and entertainment straight through their Xbox.

It doesn’t stop there – Bing gets a lot more search from another household name: Alexa. Alexa inserts Bing straight into thousands of Australian homes, which is only growing as more and more Aussies embrace smart speakers.

Bing also has different demographics in contrast to Google. Whilst those in white-collar jobs tend to lean towards Google, blue-collar workers generally prefer Bing. Furthermore, Bing has an older user base, with the average Bing-er being 45 years of age. As a result, Bing users tend to earn more, be more educated, and are more likely to have children. Due to Bing’s average demographics being more affluent and mature, Bing traffic tends to convert better.

Now you know how many people are using Bing nationwide and the overall trends in the market, optimising for Bing is the logical way forward. Since so many websites only invest in SEO Services, you can put yourself ahead of competitors and reach all that juicy low hanging fruit.

But what differentiates Google SEO from Bing SEO? 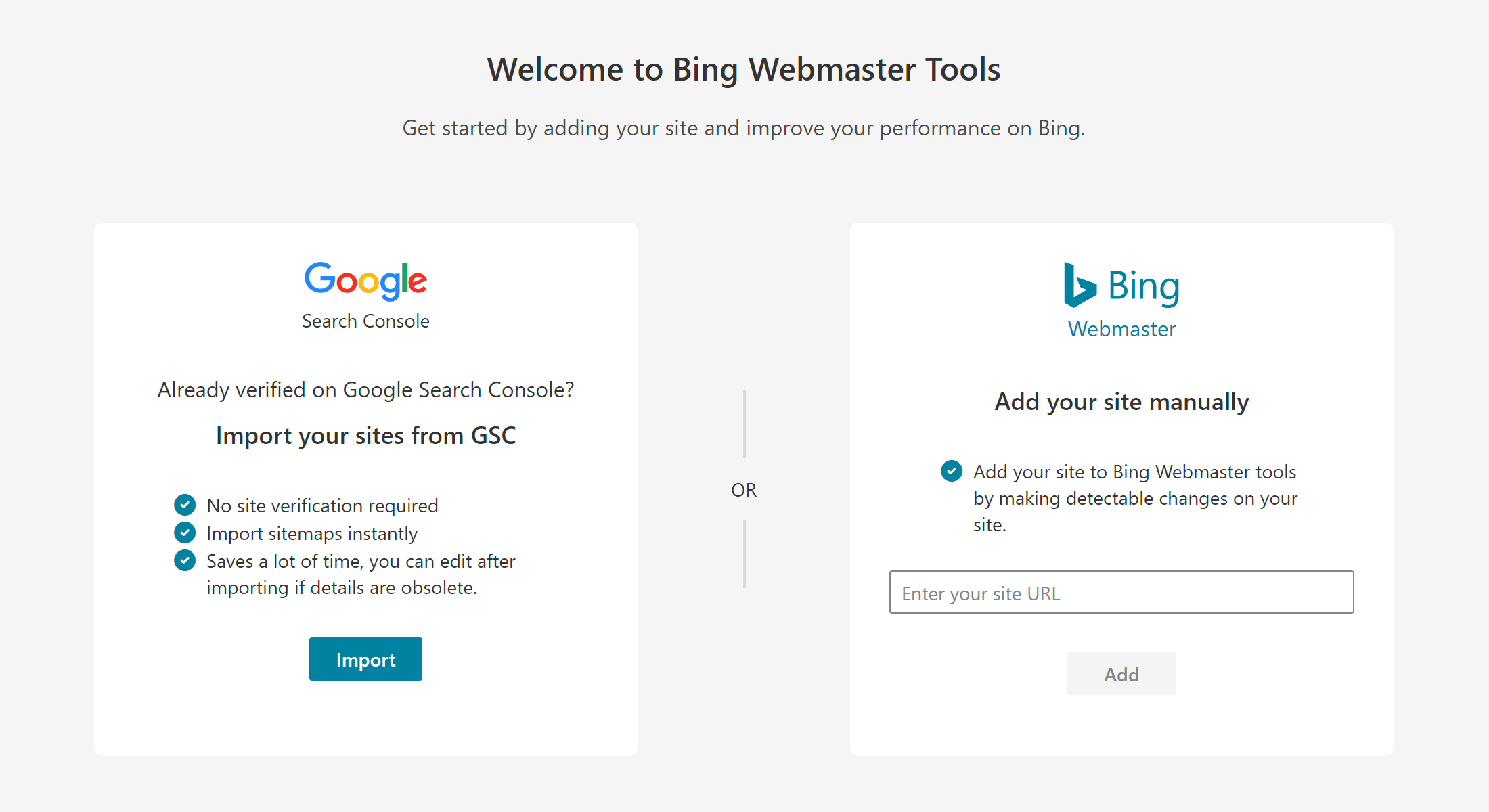 As alluded to earlier, optimising for Bing does not mean you have to completely reinvent the wheel. However, there are some key differences to be aware of regarding on-page, off-page and technical SEO when comparing Google SEO and Bing SEO. Scroll down to uncover 3 major differences between Google SEO & Bing SEO.

Where on-page SEO is concerned, Google and Bing read keywords differently. While Google uses AI to examine the keyword in context as well as the keyword itself, Bing focuses more on the exact keyword. While this is a primitive take on how search works, this benefits older and previously retired SEO tactics.

Secondly, Bing also looks at multimedia more favourably. Bing rewards websites using videos, photos, and audio. Bing uses multimedia as a ranking signal due to undertaking an ‘entity understanding’ of websites, while Google relies much more on text-based content.
Bing can also read Flash, which is all but invisible to Google.

So, rather than leaving your SEO goodies to the very end, Bing actually wants you to be focussed above the fold instead. That’s if you want your page to count towards boosting your search results. Either that or ensure your pages don’t get too large!

Without question, one of the biggest differences between Google SEO and Bing SEO is that Bing places a much larger emphasis on social media signals. From Bing’s perspective, a website with strong social signals from social media is seen to be more relevant. Therefore, the greater the number of likes, shares, and recommendations the pages of your website can acquire on social media, the better. It’s always good to acquire social proofing.

When it comes to Local SEO, Bing also tends to favour small businesses, assuming the searcher wants to see nearby results. On the other hand, Google tends to prefer more established companies, as it values credibility highly. Where link building is concerned, both search engines take backlinks into account with Google preferring websites that command strong backlinks. However, whereas Google takes context into account, Bing literally reads the word or phrase that links to the pages of your website as part of its scoring system. This makes optimising your backlinks for Bing a little easier.

So, now that you are armed with this information, it’s time to get down and dirty and look at how to optimise your SEO campaign for Bing and secure better visibility on Microsoft’s own search platform. No matter how technical you get, SEO will always be about providing the best answer to match the searchers’ query. Therefore, while there are nuances to consider between Bing SEO & Google SEO, your priority should always be the user.

By doing this, you will ensure that your website also stands strong on other search engines such as Duck Duck Go. Yes, there are many more search engines besides Bing & Google. To find out more about the differences between Google & Bing and how to optimise your SEO campaign, check out some of our other articles below.